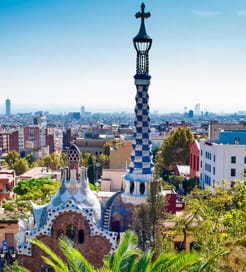 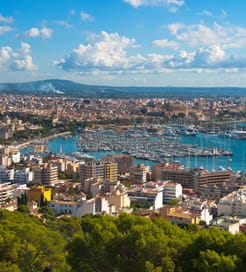 How to book ferries from Spain to Mallorca

There are numerous ferry crossings operating from Spain to Mallorca. Ferries currently connect 3 ports in Spain with 2 ports in Mallorca.

There are a combined number of 23 ferry crossings each day across a selection of 9 Ferry Routes which are operated by 4 ferry companies including Corsica Ferries, Balearia, Trasmediterranea & Grandi Navi Veloci with the shortest crossing taking around 1 hour 45 minutes (Ciutadella to Alcudia).

This is a general summary of the services on offer between Spain and Mallorca, for live information select from our Fare Search.

Ferries from Spain to Mallorca