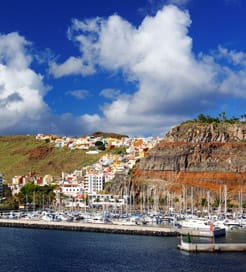 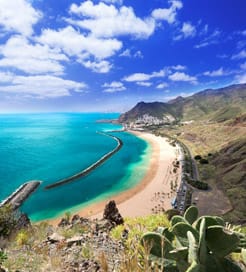 How to book ferries from La Gomera to Tenerife

As the frequency and duration of crossings on some routes varies we would advise that you do a live search for crossings from La Gomera to Tenerife to get the most up to date information.

Ferries from La Gomera to Tenerife

La Gomera is the second smallest of the seven main Canary Islands, located in the Atlantic Ocean off the coast of Africa.

The unspoilt, beautiful island of La Gomera is best explored on foot as it offers an extensive network of paths through the lush rainforest and across the national park. At the end of most valleys, you will find lovely black sandy beaches where you can relax after your hike, too.

The island is also home to a number of pretty chapels which are well worth seeing, most notably the 16th Century Church and Convent of Santo Domingo in Hermigua to the north.

La Gomera’s main port can be found in San Sebastian de La Gomera on the east coast. There are a couple of ferry routes provided to the nearby Canary Islands, with frequent daily crossings to choose from.