Ferries from 3571 routes and 763 ports worldwide 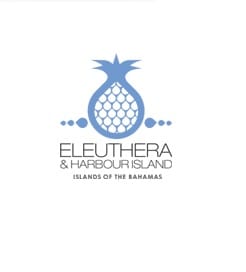 The long, slender Bahamian island of Eleuthera lies 220 miles east from the coast of Florida.

Measuring over 110 miles long and reaching a little more than a mile wide in some areas, it boasts enormous stretches of beautiful, unrivalled beaches and is the perfect destination for anyone seeking sunshine, solitude and total relaxation.

On Eleuthera, a day spent doing absolutely nothing couldn’t be more enjoyable; there are few commercialised resorts and no pestering beach vendors to be found.

Also, with the Caribbean Sea lapping against the western shoreline and the Atlantic to the east, there is a huge variety of beachfront hangout spots to choose from.

It consistently tops the travel polls as well. It was voted ‘the best island in the Caribbean’ by Travel & Leisure magazine in 2015, and Harbour Island’s pink sand beach frequently reaches the world’s top ten list.

The half mile long cave system in Hatchet Bay, by Gregory Town, is just waiting to be explored by any thrill-seeker. Remember to bring a torch to admire the fascinating charcoal signatures that date back to the 19th Century too.

There’s even something for gastronomes to shout about; Eleuthera’s pineapples are regarded as the sweetest in the world and make the perfect beachside refreshment.

The island actually hosts an annual Pineapple Festival in Gregory Town which is well worth experiencing. It is a celebration of the centuries-old farming industry during June, including a triathlon, eating contests and excellent live music.

The most frequent ferry crossing departs from Nassau on New Providence and docks in Harbour Island on Eleuthera’s north coast. There are less frequent crossings to Governors Harbour on the west-central coast and to Current on the northwest coast.

Routes and Ports in Eleuthera